Martyn Ravenhill approached us in 2017 asking us to manage The Liberace Mansion’s website and social media accounts to help promote their new services of hosting events and weddings at their establishment. 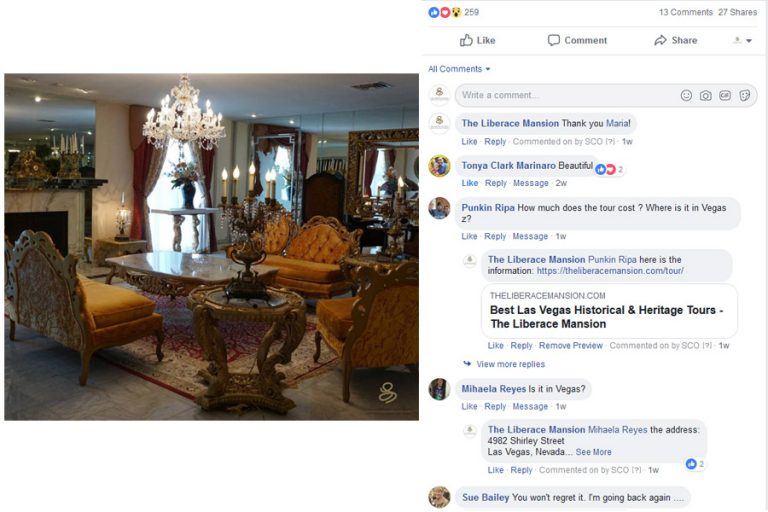 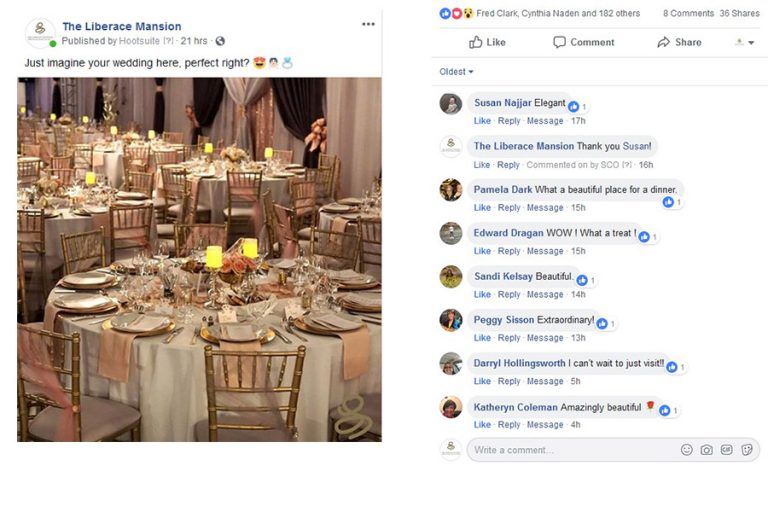 First, our team developed a content marketing strategy to engage Liberace fans and improve The Liberace Mansion brand online. We took a countless number of photos of the historic landmark and distributed the photos to engage our audience daily. We also promoted the restoration of the mansion and highlighted each room to give the audience a sneak peek of the mansion.

After gaining a great amount of Facebook fans, we then started to introduce the mansion’s new event center, the Crystal Ballroom. We launched a Facebook ad campaign with an objective to get leads and booking inquiries for weddings, fundraising events, corporate parties, conferences, and more.

With our content marketing strategy and Facebook ad campaigns, we have generated multiple leads that converted into sales. In addition, The Liberace Mansion’s social media profiles continue to grow immensely.

At the beginning of 2020, the focus became booking more weddings at The Liberace Mansion. We created an enticing promotion, set-up a landing page on the website, wrote a blog post, and developed traffic campaigns on Facebook and Pinterest. For the Facebook traffic campaigns, we created a video, three new posts, and used a post that was popular in the past. A Pinterest carousal and 2 other pins were created to promote having a wedding at The Liberace Mansion.

In the wake of the COVID-19 Crisis, we changed some of our content. We still focused on weddings, but we made sure to mention the future rather than having a wedding during the crisis. In addition, we informed people that even though The Liberace Mansion is temporarily closed, they can still book events for later. In all, we still received inquiries in March and April, the Pinterest traffic campaign has over 1.5% clickthrough rate with a low cost per click, and the Facebook video campaign has more than 30,000 views. 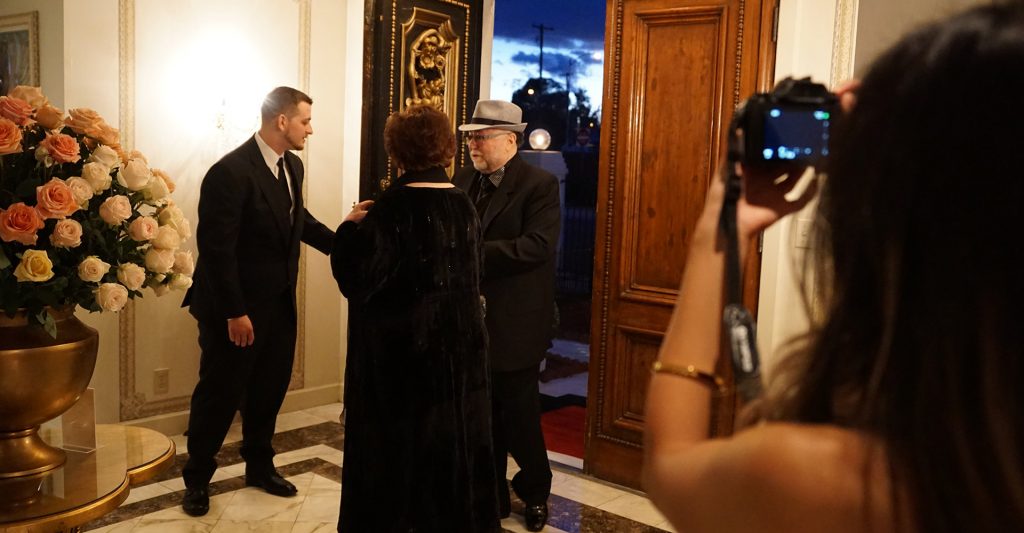