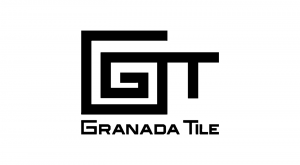 Granada Tile creates elegant and sensational cement tiles for residential and commercial spaces. They are known for their unsurpassed craftmanship and stunning tile patterns. Their tiles have been used by world-renowned architects, interior designers, and decorating bloggers.

Granada Tile approached our team in December 2018 to help them grow their social media presence, increase their following, and promote their stunning tile designs across all platforms.

To increase Granada Tile’s online presence and audience, we first cleaned up their profiles and optimized each account with keywords and call-to-actions. The social media team then implemented a grid strategy to give Granada Tile a more cohesive and beautiful Instagram feed (or gallery). In the course of 14 months, Granada Tile’s Instagram account grew from 8,000 to 20,000+ followers. We published both user-generated and original content that has resulted in a massive audience reach and an outstanding engagement. Many of the posts received 500+ to 4,400+ likes. Overall, their Instagram posts accumulated 47,000+ likes and comments.

In addition, we also launched Pinterest campaigns to promote their top-selling cement tile patterns and blogs. The Pinterest campaigns drove thousands of new and returning users to the website and, more importantly – generated sales. The team also launched a Facebook Page Like Campaign, which increased its fans from 2,000 to 6,900. All of Granada Tile’s direct messages and inboxes were also closely monitored. Our team responded to potential clients promptly, and this effort resulted in potential sales.